There are always unexpected situations in nonprofit organizations. Sometimes a key person leaves the organization or a fundraiser goes bad and doesn’t raise the money you planned. These are areas that you can somewhat control by finding someone new, changing a fundraiser or doing another fundraiser to find funds. Other times the disaster is out of your control and these are the moments that can change the course of your work. 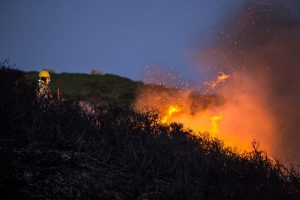 lived in Colorado during two major events that directly impacted the nonprofit sector. The first was in 2012 when the High Park Fire devastated mountain areas west of Fort Collins and was the 3rd most destructive fire in Colorado history, burning 87,000 acres, destroying 259 homes and killing one person. The fire consumed the nonprofit Rist Canyon Volunteer Fire Department’s fire station and many of the homes of the firefighters battling the blaze.

Then 15 months later the 2013 Colorado Front Range Floods swept through 14 counties in Colorado. Some areas recorded up to 9 inches of rain in one day. Eight lives were lost and 11,000 people were evacuated as Estes Park was cut off due to roads being destroyed. Some places could only be reached by helicopter. The eastern plains crops were destroyed and up to 270 million gallons of sewage was released. Oil lines were compromised creating widespread leaks of oil.

In the floods, some nonprofits lost their offices and spaces in the flood and their volunteers and employees could not get to locations to help.

And recently a city owned building that houses 7 nonprofit organizations in Washington is having to unexpectedly evict them due to serious health and safety concerns of the building. This means a preschool, a theater, Meals on Wheels and an emergency service agency is suddenly having to locate new homes during the Christmas holiday season.

These are events that are beyond the control of the nonprofit organizations. Sometimes the results can be very positive and other times it can mean the end of the organization. Nonprofits often learn valuable lessons, which I will get to later. 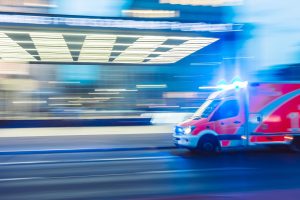 Often times, nonprofits are the ones providing the immediate needs for the community. The needs can become overwhelming, especially in the middle of the crisis. And this was the case with the Rist Canyon Fire Department as the organization and people in the organization were directly impacted by the disaster. They had to deliver their services regardless of what was happening to their own homes and families. The firefighters saved homes and lives knowing their own homes and fire station was gone.

Other nonprofits are called upon to deliver food, clothing, housing and other services. This may well fall into the work they do, but when the needs exceed the capacity of the entire community, the nonprofits suffer from lack of funding and resources. In some cases these needs can cause drown the nonprofit unprepared for such an event. 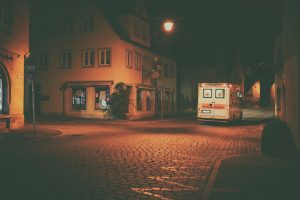 And then there are the non-emergency nonprofit organizations who suffer in ways they had not imagined. Arts organizations who had been promised funds suddenly found this funding transferred to emergency needs. This was understandable considering the gravity of the impact to the community, but causing them to figure out how to do their programming and even survive. 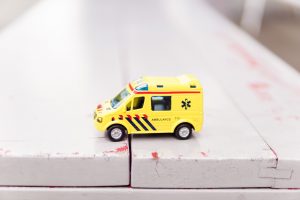 American Red Cross raises its money every time there is a natural disaster.

On the other hand, a few nonprofits had to close their doors due to lack of funds. Some organizations were unable to raise funds at their previously planned fundraisers. Other fundraisers were set up to meet the emergency needs taking away money from non-emergency and pre-planned fundraisers. Foundations in the community increased their funding for emergency services which negatively impacted grant amounts for several years. 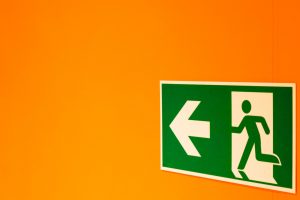 There is a way to plan for the day disaster strikes your community. Every nonprofit can take steps now to discuss a disaster plan. There are many ways to address disaster planning in your organization. Disasters can cause physical and psychological injury to people, inability to continue important organization operations, damage/destruction of facilities, financial loss and unexpected future losses. Here are some steps for planning ahead of a disaster.

Unexpected events can be devastating for your clients, your staff and volunteers, donors and the community at large. Making plans in advance will help your nonprofit survive to continue to provide the valuable services you offer each day. Your plans may well provide the unexpected silver linings for your survival and the survival of those you serve.

Related Articles
Everything Your Nonprofit Needs to Know About In-Kind Donations
How Do I Know If My Nonprofit Is Grant Ready?
10 End of Year Fundraising Event Ideas for Virtual, Hybrid, and In-Person Events

Monthly Nonprofit Resources in your inbox!